One day in New York City where Julius was born, his musical father brought home a guitar and put it in his five-year-old son’s hands. Julius’ natural musical talent quickly surfaced. After his parents decided to return to their native Puerto Rico, Julius was enrolled in Puerto Rico's prestigious Escuela Libre de Musica; it was there, at the age of ten, that his young hands picked up a trumpet for the first time and a long and successful musical career was born. After graduation, Julius joined the U.S. Navy and studied two years at the Navy School of Music. For the next ten years, Julius toured the world with the U.S. Navy Band as a trumpet player and percussionist. Since leaving the service, Julius has performed all over the world with a virtual galaxy of musical stars, including The Grateful Dead, Jose Feliciano, Lucecita Benitez, Maraca, Tony Vega, Tito Puente, Celia Cruz, Eddie Palmieri, Luis Enrique, Ray Ruiz, Francisco Aguabella, and Bobby Hutcherson.

Along with Orestes Vilato, Julius Meléndez was musical director and co-leader of the group Los Kimbos. He also formed and led his own Latin jazz group, Latin Fire, where his work included composing and arranging. Over the years, Meléndez has been a contributor on four albums by Conjunto Cespedes, two of which were voted Album of the Year at the NAIRD Indie Awards for Best Latin Recording in 1994 and 1996. Julius has also performed alongside Shelia E., Pete Escovedo, and David Murray. In 1994, Julius -- along with composer, bassist and Los Van Van leader Juan Formell and renowned composer, pianist and lrakere leader Chucho Valdez -- attended a music seminar at the Cuban Popular Musical Festival where Julius was chosen to perform as a soloist. His performance there led to an invitation to perform with Irakere West at the San Francisco Great American Music Hall.

Julius Meléndez has also performed and recorded with such renowned artists as Giovanni Hidalgo, Jose Luis, Quintana, Ismael Miranda, Horacio Hernandez, Walfredo Reyes Sr., Ismael Quintana, Alex Acuña, Omar Sosa, and Ismael Rivera, Jr. A highlight of Meléndez's career has been his work with Rock And Roll Hall of Fame inductee Carlos Santana. During his time with Santana, Julius was featured on the multiple-Grammy Award-winning CD SUPERNATURAL, which led to a world tour, along with performing Song of the Year, "Smooth," with Rob Thomas and Carlos Santana, live at the Grammys. Julius was also featured on Santana's Grammy Winning CD SHAMAN, performing the song "Game of Love" with Michelle Branch. His work on both of those albums led to the first of multiple Grammy awards.

At the urging of many of the same musicians who have long recognized his extraordinary talents, Julius Meléndez completed his first solo venture, the two-CD album PASSION AND ROMANCE, recording with such talented, world-renowned musicians as saxophonist David Sanchez, singer Bobi Cespedes, percussionist Orestes Vilato, and flutist Artie Webb. In his music, Julius exhibits an incredible knowledge of traditional Latin melodies, along with a highly skilled ability to improvise and to create pleasures that energize the music he plays. This album is filled with lively dance rhythms as well as sultry and passionate love themes. It is not an album to listen to alone.

An extremely effective lecturer and teacher, with a high degree of technical and theoretical proficiency, Julius gives back to the very community that has supported him throughout his career by giving his time to teach and to lecture about Latin and Afro-Cuban music at college and university workshops. Julius can often be found touring with his Latin Jazz Orchestra, offering selections from PASSION AND ROMANCE, as well as performing various Latin music styles such as Salsa, danzon, and cha-cha, or crossing the Atlantic to play at such famous places as Maxim’s Café in Paris. In addition, Julius makes himself available to offer his diverse talents and experience to the projects and performances of other musicians and bands. 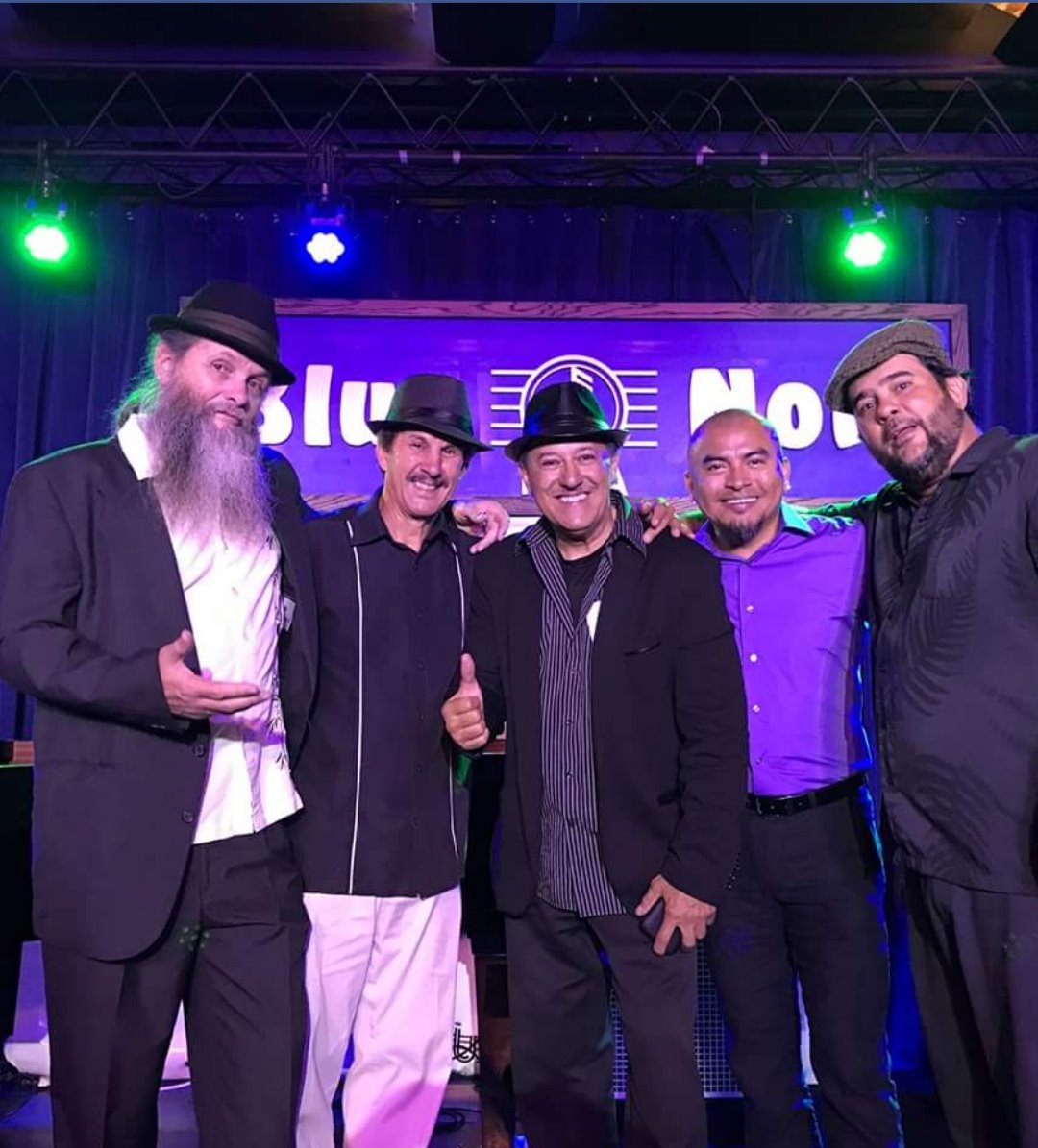 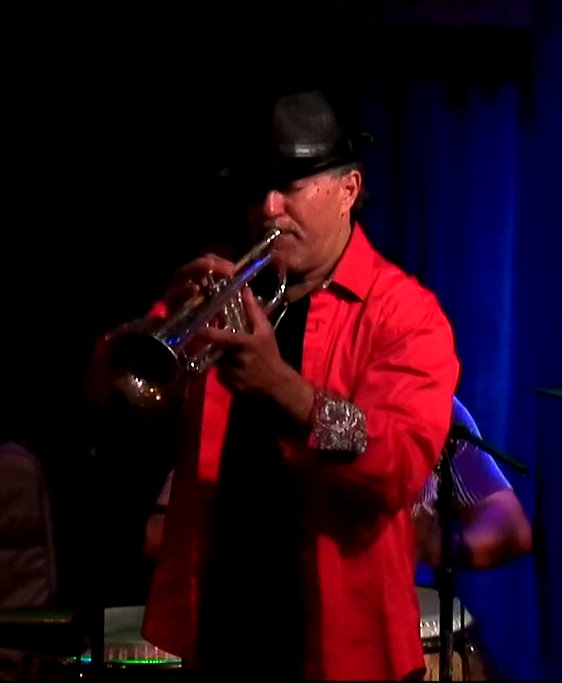 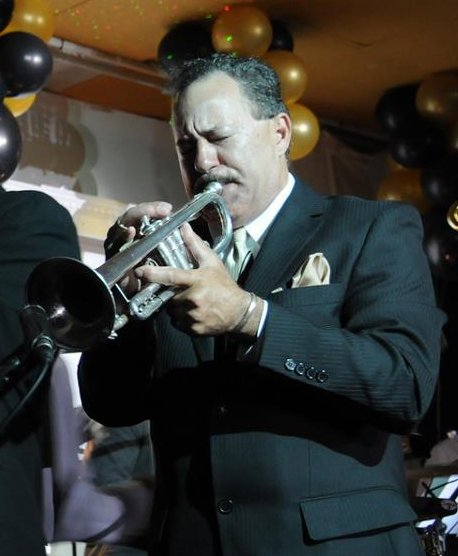 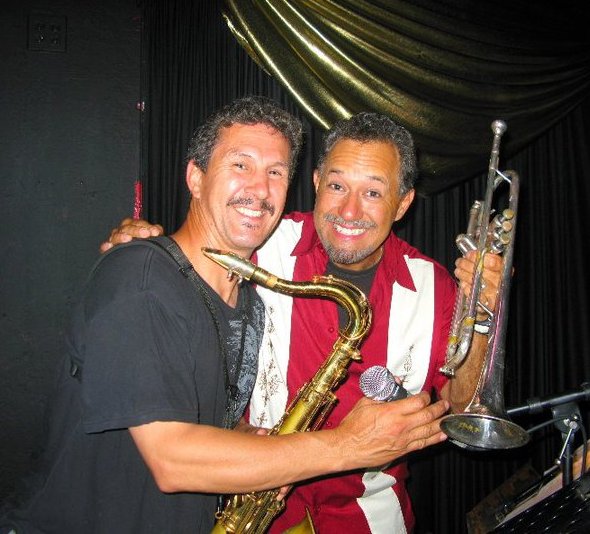